The City of Oakland, California, is the 10th greenest city in the United States. As part of the journey to get there, the City began fueling its diesel-powered vehicle fleet and machinery with renewable diesel in 2015, a cleaner-burning and low-emission fuel made from waste materials such as used cooking oil, grease and rendered fats. More recently, the City of Oakland worked with Neste and Western States Oil (WSO) to create a circular economy, where locally sourced waste materials are used to create the renewable diesel that helps fuel the City. As a result, the City of Oakland is now preventing more than 3,375 metric tons of CO2 equivalent from entering the atmosphere per year - roughly the same climate benefits as keeping nearly 328,000 gallons of oil in the ground. 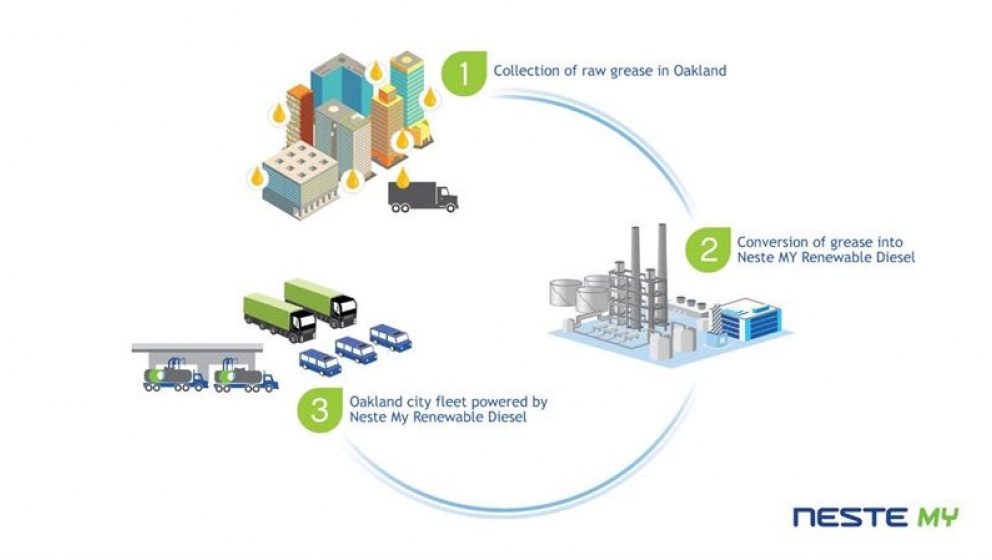