While the new Passenger Car Motor Oil (PCMO) GF-6 specification from American Petroleum Institute (API) continues to struggle with test development in the USA, PC-11, the new Heavy Duty Diesel (HDD) specification is finally moving ahead. Matrix testing started last month. This matrix testing is designed to demonstrate that the new tests differentiate good and bad oils and have the necessary precision. This part of the matrix is commonly called the Precision Matrix and it should finish up in December or January. The idea is to run two or three Dispersant Inhibitor packages (DI -> additive packages) with selected base oils in all the stands in the industry. Together, this yields statistically significant measurements of repeatability and reproducibility, hopefully demonstrating the effectiveness and robustness of the new tests.

The ability of the tests to show discrimination and repeatability then gives the intra-industry New Category Development Team (NCDT) the ability to declare the new tests fit for purpose and start the Technology Development period. Technology Development is nine months when the additive companies have unfettered access to the new and old test stands to try out new chemistry packages and hone their positions on where limits should be set for PC-11. That discussion is likely to happen in the fourth quarter of 2015, probably November. It will be a heated and exciting time in the industry. Unlike Europe where the OEMs really set the limit with lobbying from the other parties, the NCDT, which consists of representatives from the Engine Manufacturers Association, the API and the Additive companies (American Chemistry Council) all have to vote to approve the test performance limits.

After the dust settles, probably in March of 2016, the PC-11 specification will be issued. However, it won’t be until 12 months later, after the Mandatory Waiting period, that PC-11 will be formally licensed to be on the shelf. During this period, the additive companies run programs to allow them to license their DI packages with the base oils they tested. This one year wait is required under USA law to prevent the major oil companies from having an unfair advantage over their smaller counterparts. It is easy to imagine that the large oil companies, who have agreed to buy their DI from a specific additive company before it was even developed, would love to have their programs run first so they could have an early marketing success with the new specification. The US Federal Trade Commission can imagine this as well, so the industry imposes a mandatory waiting period, in this case one year, to allow programs to be run and approvals gained for all market participants. ILMA, the Independent Lubricants Manufacturers Association trade group, has threatened to sue API in the past to ensure their member’s interests are upheld and every company can offer the new specification at the same time. Right now, the NCDT timeline predicts first licensing at the end of first quarter of 2017.

Getting back to the technical side, there are two new tests for PC-11. The Volvo/Mack T13 Oxidation test and the Caterpillar Oil Aeration test. The T13 Oxidation test is likely to drive the biggest changes in additives and base stocks for PC-11 chemistry. It will force additive companies to improve their anti-oxidant selection as well as their base oil selection. Of course, since the DI package is a balance, any disruption causes other disruptions in the balance of the finished fluid.

The issue of first licensing and opportunity for all brings up another issue. If an additive company runs a DI package as a 10W-30 with base stocks from slate A, do they need to run it again as a 15W-40 to get that approval? What if their customer wants to use oils from slate B? Can they do that? Initially the answer is no. Then comes Base Oil Interchange (BOI)/Viscosity Grade Read Across (VGRA).

Base Oil Interchange and Viscosity Grade Read Across testing

Integrated within the Precision Matrix is some BOI and VGRA testing. Both of these “reads” are allowances approved by the API Lubricants Group (LG) to extend a licensed product to base oils or viscosity grades it wasn’t tested in. While logic largely works in BOI/VGRA, the applicant must show data from multiple DI packages to gain the approval of the BOI/VGRA committee and, ultimately API LG, to gain BOI/VGRA.

A “logical” read might be something like this: An oil is tested in the Cummins ISB test which is largely dominated by the cam/lifter wear requirement. It seems likely that if you passed the test in a 10W-30 oil it would likely pass as a 15W-40 with the same DI package. If the industry paid for testing to show this, or several additive companies brought forward data showing this, a VGRA read could be granted allowing any marketer to extend a 10W-30 pass in the ISB to the higher 15W-40 grade.

BOI is similar, but more complex. If you passed that same ISB with a base oil consisting of a specific group II and group III base stock, can you change those stocks without testing? This wasn’t too hard to argue if you passed the test in lower quality group I oils and wanted to replace it with a higher quality base stock. But what if you want to use a similar group I? Even more contentious, what if you wanted to remove some Group IV PAO and replace it with group II. Should that be allowed? Because base stocks do matter to lubricant performance these are hard questions and the data must be conclusive. Unfortunately, the distinguishing data sets often don’t do a good job of explaining the differences between high quality group III base stocks. However, the test data often show that oils that show real differences in the industry tests are difficult to distinguish using customary methods.

The API and ACC funded some BOI/VGRA testing to be run within the precision matrix. The additive companies hope to gain some VGRA for 10W-30 and 15W-40. Perhaps, they will find sufficient data to support some group II to group II reads. Given the limited funding and high cost of tests like the T13, it will be important to ensure there is solid data to allow extended reads for PC-11 - A category that is finally on a path to completion. 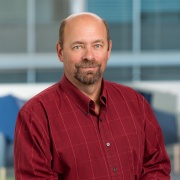