The new technology; hydraulic fracturing and horizontal drilling to utilize the vast shale gas reserves in the US could mean a renaissance for the US petrochemical industry. Although shale gas has been extracted in US for 100 years it is only now when new technology is available and when price of energy is high enough to experience a shale gas revolution.

The ethane content of shale gas can be up to 16 %, the rest is mainly methane like natural gas. In the US, Dow and Shell have already announced plans to build ethane crackers with ethylene down stream facilities such as polyethylene, monoethyleneglycol, linear alphaolefins etc. The shale gas in the US will be a game changer. It is estimated that by 2020 half of the natural gas output in US will be shale gas. It is also estimated that the shale gas opportunity could create up to several hundred thousands new jobs in US in the chemical industry, construction- and related industries.

In fact, the shale gas could turn US into an exporter of petrochemicals and plastics competing on the European market against Middle Eastern producers. In an even bigger picture the very competitive shale gas could lead to a situation where Europe can have an alternative source of energy and thus reduce the dependence on Russia and the Middle East. This indicates even a political aspect for shale gas.Big reserves of shale gas can also be found in other parts of the world like Argentina, Australia, Brazil, Canada, South Africa, North Africa and Poland.

So what could shale gas mean for Base Oils? The feedstock for synthetic Gr IV base oils (PAO) is 1-decene. 1-decene is a linear alpha olefin produced from ethylene in a LinearAlphaOlefin (LAO) unit. PAO is produced from 1-decene by oligomerization. With competitive priced ethylene PAO could have a renaissance as PAO is a base oil with properties like no other base oil. It is very well suited for modern fuel economy engine oils. 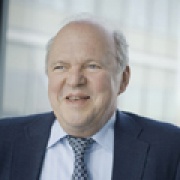