Do you know those sales and marketing people who make your head spinning by talking about creative concepts and brand attributes? They can rarely be heard talking about euros, except when it comes to budgets. But, how often have you heard anyone talk about concrete financial goals, the most important results of a budget?

Many ask why measure something that has for decades been considered to be unmeasurable, also considering that other departments of the company blindly accept this claim. My passion is to identify how marketing investments are repaid to my company. Not business images, clicks, hits and misses, but actual euros – the same ones that are used to measure the success of sales. I believe that every marketing professional should have this same passion.

When I first started to think of how to measure the actual productivity of marketing, I ran into an American called Guy Powell. We dragged him to Finland to tell us what to do. First, he declared: “I can measure everything.” I was more than satisfied, until he continued: “What I didn't say is how long this is going to take and how much this is going to cost.” We weren't that enthusiastic any more. This would require blood, sweat and tears – and there would be a number of excuses to stop.

After six months of digging historical data, having several debates and doing hard mathematical calculations, the first model of how to return different marketing investments back to the company was ready. The results were clear: We had spent enough money to buy an entire apartment complex without getting a single euro back! Even though I expected this, I noticed that some others had hoped for different results.

However, I wasn't going to give up. According to Rocky Balboa, one of the greatest minds of our time: “Going in one more round when you don’t think you can – that’s what makes all the difference in your life.” Inspired by this, we continued our work. Two years later, we were finally able to say that we had improved our productivity by 600 percent.

According to the recent report of the National Audit Office of Finland on the state of marketing in Finland, marketing efforts do not get the appreciation they deserve and they never reach the corner office. I know why: When every other member of the management team measures their actions by the amount of euros, would you add in a member who explains their success by business image and brand attributes? Neither would I. If I'm really honest, not even every seasoned professional knows what these fancy terms mean.

Over the past six months, I have completed six different mathematical models of the productivity of marketing, entering thousands of different variables. Not once have the so-called marketing indicators had any impact on euros. That is why I have learned to disagree with this all-too-common expression: The campaign was a marketing success, but there were no changes in sales. This often creates tension between marketing and the rest of the organization, sales mostly.

If marketing truly wants appreciation and genuine interaction with the rest of the organization, it must start to think about euros. I would like to encourage every marketing professional to take up this challenge, and to identify how your organization's marketing investments could be more productive. This was a direct route to the corner office, at least for me – hopefully it does the same for you. 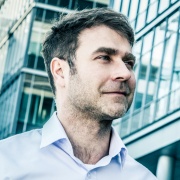