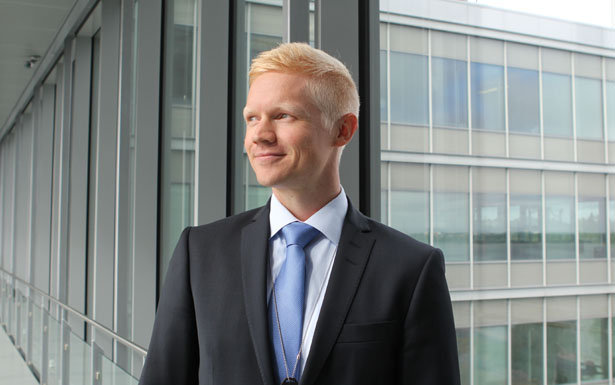 Job rotation, and the opportunity it offers for people to do different jobs during their careers, is one of the key tools in HR development and committing personnel to the company at Neste Oil. Job rotation increases people’s job satisfaction and provides variety over their careers. More than 400 people changed jobs within the company in 2013. People typically have long careers at Neste Oil and there are numerous examples of staff that have enjoyed varied and rich career paths.

The career of Anssi Tammilehto, who is currently responsible for Planning & Controlling in Group Finance, is an excellent example of how job rotation has helped develop someone’s expertise.

“Like many other people, I first came to Neste Oil as a summer trainee,” says Anssi. “Since then, I’ve had the chance to work in a variety of interesting jobs, both in our businesses and in common functions. Working in different departments has really increased my awareness of how activities interface with each other internally and our overall operations. When you’ve worked in different units, it’s easier to challenge accepted ways of doing things and develop solutions that are better in terms of the big picture.

“I’ve found that job rotation has really benefited me in my present position as well, as I’ve been able to draw on the things that I’ve learned in previous jobs.”

Job rotation is similar to travel, both introduce you to new things and open up new perspectives on existing ones. Whenever Anssi walks down a corridor at work in the Espoo headquarter, he often passes someone who knows him.

“Working in different departments gives you the chance to meet a lot of people and learn how to communicate with people from different backgrounds. You also learn how best to approach things with different groups of people. I’ve noticed that, while we often face common challenges, we often look at them differently. So when it comes to solving challenges, it helps if you can look at things from more than one perspective,” says Anssi.

Neste Oil encourages people to try job rotation in Anssi’s experience. The aim is to fill vacancies internally wherever possible, for example. “You never know what opportunities there are still out there for me too,” he laughs.