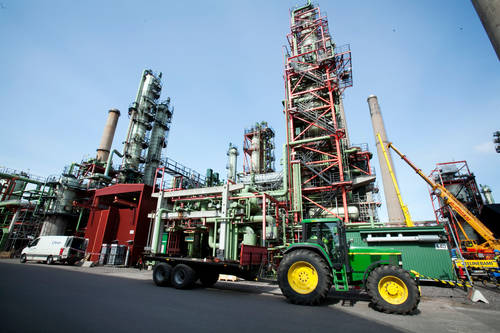 Neste Oil's Porvoo refinery will be stopped for the planned maintenance turnaround in April 2015. The major turnaround of nearly EUR 100 million involving 4,500 employees is the largest in the refinery's history.

The turnaround will be started by unit shutdowns after Easter and will take approximately eight weeks. During the major turnaround Neste Oil will sell products from its storage. The refinery's oil terminal and road transportation of products will operate normally during the turnaround.

In connection with this spring's turnaround, investment projects related to the development of the refinery will also be carried out, such as the installation of new furnaces in the crude oil distilling unit and the significant replacement of automation in several areas. In addition, a number of connections will be prepared for upcoming investment projects.

The turnaround is estimated to involve close to a million man-hours of work and will employ some 3,500 people from outside contractors on site.