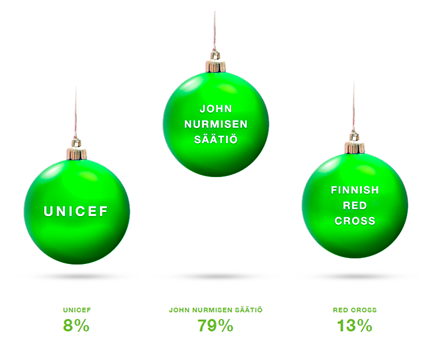 The size of the donations made to each organization was decided on the basis of votes cast at www.neste.com.  A total of 11,642 votes were cast and based on the votes cast, our donation was distributed as follows: