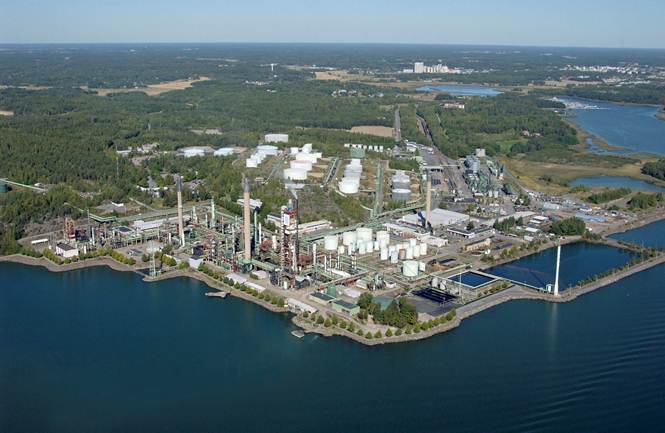 Neste Oil and the City of Naantali failed to reach consensus on their dispute concerning port fees by the end of April.   Neste's view is that following amended legislation, the City is no longer entitled to collect port fees from Neste for operations which are wholly independently carried out by Neste at its own cost at the harbor built by the refinery. As of the beginning of May, Neste will collect port fees from vessels visiting the Naantali refinery harbor in the same way as has always been the practice at the company's Porvoo refinery harbor.

"There is no longer a statutory basis for port fees collected by the city. The City of Naantali previously had the right to collect port fees under public law. The harbor monopoly of municipalities was discontinued as early as 1994, and the reform of the Local Government Act of 2013 obliged municipalities and cities to privatize harbors by the beginning of this year at the latest. The City of Naantali's harbor operations are also now run by a company named Naantalin Satama Oy," says Minna Haapala, Vice President, Logistics, Neste Oil.

Neste has annually paid approximately EUR 2.5 million of port fees to the City of Naantali in recent years. The resolution of the port fee dispute will probably continue in a court of law.

Neste Oil has been accepted into the Dow Jones Sustainability World Index. The company has also been on the Global 100 list of sustainable companies for several years in succession. CDP Forest has selected Neste Oil as one of the best companies taking care of their forest footprint in the oil and gas industry.www.nesteoil.com.