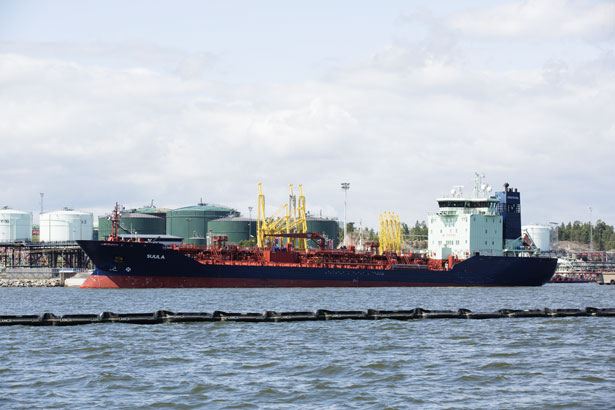 Neste Oil is part of a joint effort aimed at improving the safety of shipping near the Porvoo refinery in the Gulf of Finland. The project, which also involves the Finnish Transport Agency and the Prima Shipping Group, is aimed at improving the safety and smooth operation of shipping in the area by integrating and extending the vessel traffic services provided locally.

From the beginning of June onwards, vessel traffic services will be extended to cover the tracking and management of marine traffic in the approaches to Neste Oil’s harbor at Sköldvik in Porvoo and the Prima Shipping Group’s Tolkkinen harbor in Porvoo all the way to the berths at both ports. These services have been limited to national territorial waters up until now. By extending the coverage of marine traffic monitoring in this way, ships will have access to information on possible dangers in both harbor approaches and harbor areas.

“Safety is the number-one priority in the oil industry and for Neste Oil’s operations generally. As logistics are an important part of our operations, we were keen to be involved in this new safety effort, ” says Tuumas Mikkola, Neste Oil’s Manager, Harbor and Terminals at Porvoo.

As part of the initiative, local harbors, pilots, and the Finnish Transport Agency have agreed a set of common practices and procedures, such as the recommended speeds ships should observe when approaching harbor. A new radar unit, new camera monitoring equipment, together with input from the local Finnish Meteorological Institute’s weather station, will also help improve marine operations and safety at Neste Oil’s harbor in Porvoo.

“We consider this as an excellent example of cooperation between companies and authorities that enhances safety in logistics. Finnsih Transport Agency is very pleased with the cooperation with both harbours that see the importance of safety in common traffic“, says Thomas Erlund, Head of Vessel Traffic Services Unit at Finnish Transport Agency.

These changes will primarily affect merchant ships, rather than yachts and other pleasure craft.