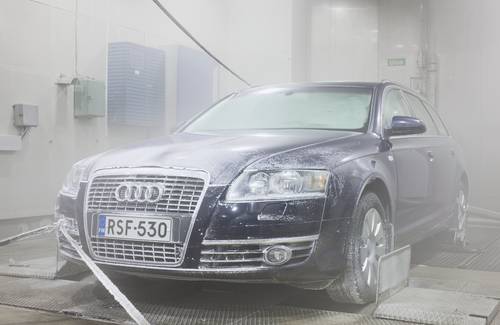 In the future, diesel engines can even better utilize the good properties of NEXBTL, which will further reduce fuel consumption.

A premium-quality renewable diesel component, NEXBTL is widely utilized in several countries. Its commercial production was started almost ten years ago. For the entire decade, NEXBTL has been tested in laboratories and by means of practical testing.

According to the consistent test results, NEXBTL is reliable under all conditions, provides better performance, keeps the engine clean, and reduces fuel consumption, particularly when driving in an urban environment.

Research activities still continue, because NEXBTL is a whole new type of fuel and its beneficial properties are not fully utilized yet. The previous studies focused on how NEXBTL works in already existing engines, and now the focus has been switched to future engine technology and the link between fuel and engine technology. “We wish to develop vehicles and engines together with the automotive industry to decrease fuel consumption and reduce the need for maintenance,” says Neste Oil's Technical Advisor Markku Honkanen.

The chemical composition of NEXBTL is almost the same as that of fossil fuel, but not quite: for example, the cetane number of NEXBTL is 80 while that of fossil diesel is usually a little over 50. The high cetane number means that NEXBTL is more flammable and burns more efficiently than fossil diesel. This will decrease fuel consumption, particularly when driving in an urban environment where you typically stop often. “However, old diesel engines are unable to benefit from the higher cetane number of NEXBTL. The consumption level would be clearly lower if engines were originally optimized for NEXBTL.”

The optimization of engines would be beneficial during acceleration and also when hauling a heavy load at a steady speed. Sensors that tell the engine what kind of fuel has been put in the tank are already being developed. They are still at the laboratory testing stage, however. Honkanen says that the development of engines would become faster if the EU legislation included tax incentives that benefit the automotive industry.

“The automotive industry should be able to use the reduced fuel consumption achieved by using new, clean fuels to their advantage. At present, the only way available to measure your consumption level is by using traditional diesel.”

“Reducing energy consumption and greenhouse gas emissions as much as possible is very important for the future of traffic. Fuels are an ever more important part of this development work,” Honkanen explains.