In response to the growing calls for climate action, governments, businesses, and cities are making bold promises to create a healthier and more sustainable future. California, for example, is taking action with legislation to encourage the use of electric trucks. This is good news. Any action to reduce society’s reliance on fossil fuels is a step in the right direction.

However, reducing carbon emissions from some segments of the transportation sector will be challenging. Medium and heavy road transportation, which includes big rigs, cement mixers, emergency response vehicles, tractors, and many other large vehicles, is recognized as hard to electrify. Similarly, the aviation industry will continue to rely on liquid fuels in the decades ahead. 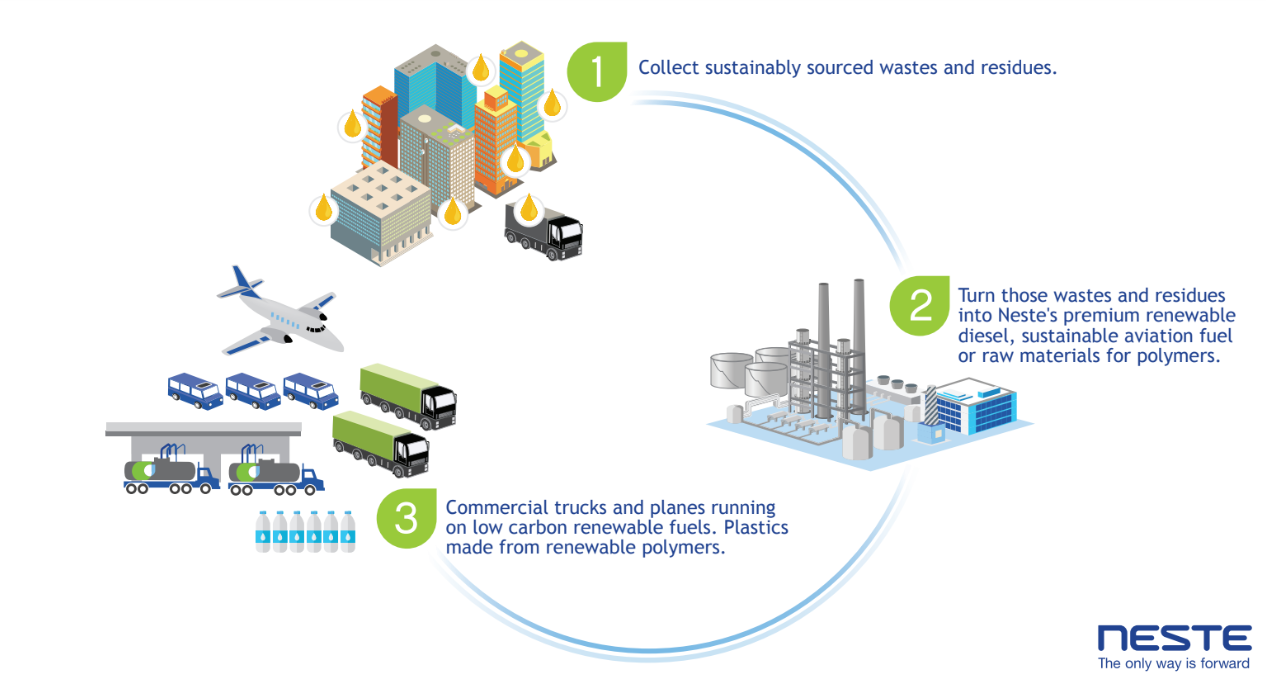 In 2019, Neste, in collaboration with Western States Oil, began working with the City of Oakland, California, to collect used cooking oil from 110 restaurants within the city limits. In turn, Neste converts this locally sourced waste into renewable diesel to power the City’s municipal fleets, ranging from garbage and recycling trucks to emergency response vehicles and to street cleaners.

Neste's acquisition of Mahoney Environmental and recent entry into the used cooking oil collection market in Washington state means we are even better positioned to help customers create a circular economy. For example, the amount of used cooking oil generated from Oregon, California and Washington combined is around 377 million pounds per year - enough to make more than 38 million gallons of renewbale diesel and SAF. The renewable fuel can then be brought back into the U.S. West Coast to power vehicles. The end result - a virtuous, circular cycle.

Neste is delivering a continuous supply of sustainable aviation fuel to San Francisco International Airport (SFO) via existing pipeline infrastructure, a major milestone for the company. The SAF is blended into the jet fuel pool, and will be used by major airlines including American Airlines, JetBlue and Alaska Air.

This achievement has been called a “climate quantum leap” by SFO. It is a major step forward since the airport signed a Memorandum of Understanding (MOU) with Neste and a group of eight airlines and fuel producers to expand the use of SAF in 2018.

Neste has also entered into a strategic partnership with Signature Flight Services and NetJets to accelerate the use of sustainable aviation fuel in the business and private aviation sector. Now, passengers will be able to board a NetJet's aircraft at SFO running on sustainable aviation fuel. This is an important achievement, as the U.S. private aviation sector is the largest in the world and the number of private or chartered flights is expected to keep growing. In fact, the industry currently consumes more than 1.8 billion gallons of fossil jet fuel each year.

More than 4 billion gallons of fossil diesel are still burned in California each year - primarly in vehicles that are hard to electrify like big rigs, farm equipment, emergency response vehicles, and construction vehicles. Regrettably, our planet and communities exposed to emissions from burning fossil diesel can't wait ten or twenty years for zero emission solutions for these vehicles. This is where renewable diesel fuel comes in. It is a “today solution” that is already keeping thousands of medium and heavy duty vehicles running with significantly less emissions.

Neste is making it easier for California businesses and cities to kick the oil habit and switch to Neste MY Renewable Diesel™. We are continuing to work with our trusted, local distributors to boost availability, and we have more than doubled the size of our renewable diesel fueling network. In many cases, Neste refurbished and upgraded existing fueling stations to offer renewable diesel--something that could be done because renewable diesel is compatible with existing fueling infrastructure.  Our ambition is to create a “green fueling network” across the U.S. West Coast, making it even easier for fleet managers to make the switch to renewable diesel. 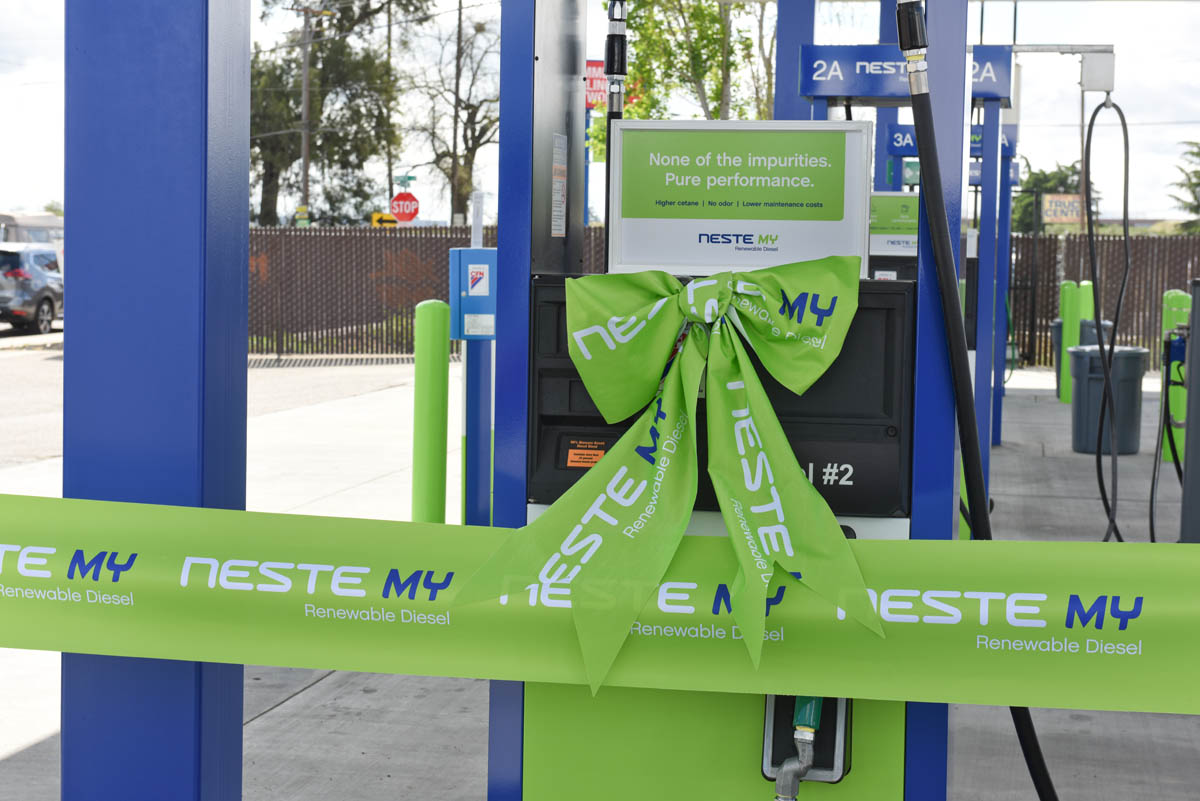 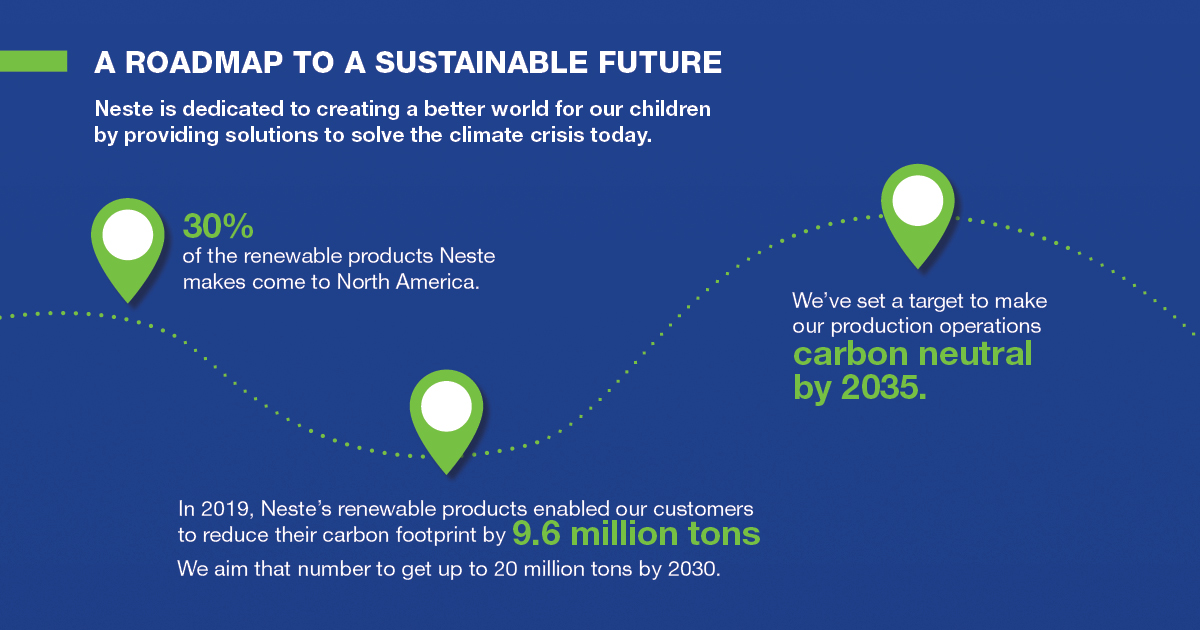