Cities are responsible for
75% of global CO2 emissions

Together, Cities in California have
128,000 tons of GHG emissions
out of the atmosphere
with Neste MY Renewable Diesel

Recognizing the need to create a healthier planet, many American cities have set bold ambitions to reduce their carbon footprint, pollution and environmental inequity. Across the U.S. West Coast, medium and heavy-duty vehicles including fire trucks, buses and refuse trucks are now running on renewable diesel and reducing greenhouse gas (GHG) emissions significantly to fight climate change. Neste has supplied more than 15 millions gallons of renewable diesel to cities, with over 130 municipal customers along the U.S. West Coast, as well as school districts and local transit authorities.Together, we’ve kept more than 128,000 tons of GHG emissions out of the atmosphere, equivalent to emissions from over 27,500 passenger cars in a year.

Transportation and buildings are among the largest contributors to GHG emissions. The need for cities to phase out of fossil fuel and transition to a more sustainable transportation system is more prominent than ever.

Specific to transportation, cities depend on medium and heavy-duty city fleets, such as fire trucks, public transit, refuse trucks, emergency vehicles and school buses. These vehicles are crucial to the safety and quality of life for a city’s residents.

Reducing emissions from these vehicles - and knowing where to start - can be a challenge in itself. Repair costs can be high, downtime of vehicles can impact the service that cities offer to their residents, some cities might not have the budget for transitioning all of their vehicles to EVs or they might have old vehicles that emit even more pollution.

Thankfully, for these vehicles, renewable diesel offers a solution that delivers immediate environmental benefits and requires zero new investments. Producers of renewable fuels, like Neste, are helping to provide American cities easy access to this low emission, drop-in fuel, so fighting climate change is as easy as filling up.

Neste MY Renewable Diesel works seamlessly with existing energy infrastructure and engines, and at the tailpipe there are no new GHG emissions entering the atmosphere. Over the lifecycle, Neste MY Renewable Diesel can emit up to 75%*  less emissions compared to fossil diesel. Even better, some cities are taking a step further to create a circular economy, so their vehicles can run on renewable diesel made from their own waste. The result is significantly less emissions.

A World-Changing Idea: A Circular Economy in Oakland

Much like other cities across the U.S., the City of Oakland knew they needed to take action to mitigate the effects of climate change. In 2020, the City adopted its 2030 Equitable Climate Action Plan, a comprehensive, ambitious strategy to address environmental, social and climate justice issues and reshape the City’s transportation sector. The City’s  goal is reduce carbon emissions by nearly 60% by 2030 compared to 2005 levels.

The City started working with Neste and its fuel distributor Western States Oil (WSO) to create a circular economy, where locally sourced waste materials are used to create the renewable diesel that helps fuel the City.

This partnership supports local businesses, lowers emissions, and keeps waste out of landfills and drains. Now, the City’s municipal fleet, including refuse trucks, street sweepers, off-highway equipment and many other vehicles are being fueled with low-emission renewable diesel.

Much like other cities across the U.S., the City of Oakland knew they needed to take action to mitigate the effects of climate change. In 2020, the City adopted its 2030 Equitable Climate Action Plan, a comprehensive, ambitious strategy to address environmental, social and climate justice issues and reshape the City’s transportation sector. The City’s  goal is reduce carbon emissions by nearly 60% by 2030 compared to 2005 levels.

The City started working with Neste and its fuel distributor Western States Oil (WSO) to create a circular economy, where locally sourced waste materials are used to create the renewable diesel that helps fuel the City.

This partnership supports local businesses, lowers emissions, and keeps waste out of landfills and drains. Now, the City’s municipal fleet, including refuse trucks, street sweepers, off-highway equipment and many other vehicles are being fueled with low-emission renewable diesel.
An ambitious climate goal to prioritize equity and well-being of Central California community

“This was one easy change that we could make ourselves. Municipal operations need to be the leader in shifting the mindset of residents and businesses that reducing greenhouse gas emissions is a worthy effort that involves everyone,” said Debbie Pollart, Public Works Manager, The City of San Leandro.

Because renewable diesel is a drop-in solution, the switch was seamless for the City and there was no disruption to service. Even better, the City’s fleet manager also noticed that the fuel burns cleaner, which leads to a reduction in maintenance needs and less downtime for fleets, helping the City achieve cost savings.

Public transportation is essential for Americans' livelihood for two reasons: First, it provides access to employment, community resources, medical care, and recreational opportunities in communities; Second, it is also part of the solution in the fight against climate change as traveling by public transportation uses less energy and produces less pollution per passenger than comparable travel in private vehicles.

The most common types of public transportation in the U.S. are buses, subways, and light rails. Transit agencies across the nation are increasingly taking actions to reduce their own carbon emissions to further the GHG emission reduction benefits associated with public transportation. Across the U.S., 178 public transit agencies3 have signed up for the Federal Transit Administration’s Sustainable Transit for a Healthy Planet Challenge, which encourages them to take bold actions and investments to cut GHG emissions.

With over 500,000 vehicles, America's school bus fleet is the nation's largest public transportation network, providing transportation services for over 25 million students every day. However, 95% of the school buses4 are powered by diesel fuel, GHG emissions and other pollutants can pose a risk to the health of our children.

To accelerate the transition to a more sustainable future, cities and school districts are adopting zero-emission buses or transitioning to alternative fuel sources.

Over the past 53 years, TriMet has provided more than 3 billion rides through its transit system. However, TriMet’s buses services were historically powered by fossil fuels, making it Oregon’s largest consumer of fossil diesel..

TriMet’s decision to power its bus fleet with renewable diesel in 2021, along with investments in other low- and zero-emission technologies, has transformed the agency from a climate change contributor to a climate change fighter.

TriMet is now powering about 700 of its fixed-route buses with renewable diesel. By doing so, TriMet expects to prevent more than 77,000 tons of GHG emissions from releasing into the atmosphere per year.

In 2017, Twin Rivers Unified School District, which serves more than 26,000 students, sought to reduce its GHG emissions through an aggressive climate action plan. What was expected to be a years-long process became an overnight success story upon switching to renewable diesel.

The original plan dictated the use of electric vehicles to reduce emissions and improve air quality. Twin Rivers used $7.5 million in grants to purchase 29 zero-emission electric school buses, however, this accounted for less than a quarter of its fleet. With that in mind, Twin Rivers realized that the only way to reach its goal of being fossil-free was to embrace multiple solutions.

Searching for a more affordable, scalable, and faster-acting solution, Twin Rivers Director of Transportation Timothy Shannon learned about the many benefits of renewable diesel. This drop-in fuel allowed Shannon to immediately transition 75 fossil diesel powered buses to renewable diesel. As a result, the Twin Rivers USD’s school bus fleet is now one of the cleanest in the country, consisting of electric buses, natural gas, and renewable diesel.

American cities have relied on fossil fuels to power transportation for over 150 years. More people — whether they are city residents, investors, employees, or customers — demand action on climate change.

Choosing to use waste as a resource and making the switch to renewable diesel is a simple way to divest from fossil fuels and a cost-effective step for cities to take to fight climate change. By creating a circular economy every vehicle, every piece of equipment, and every restaurant in cities can be a part of the solution that helps combat, not contribute, to climate change.

4 “Remarks by Vice President Harris on the Bipartisan Infrastructure Law Investments in Electric School Buses.” The White House, 20 May 2020, https://www.whitehouse.gov/briefing-room/speeches-remarks/2022/05/20/rem...

Stay up to date with the latest trends and learn some best practices to help keep your municipality’s fleet running its best. 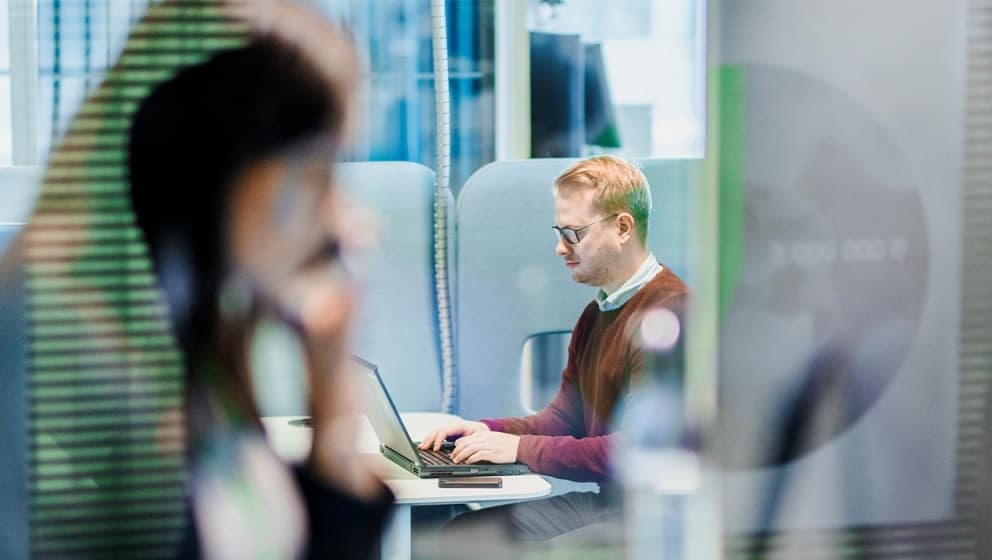 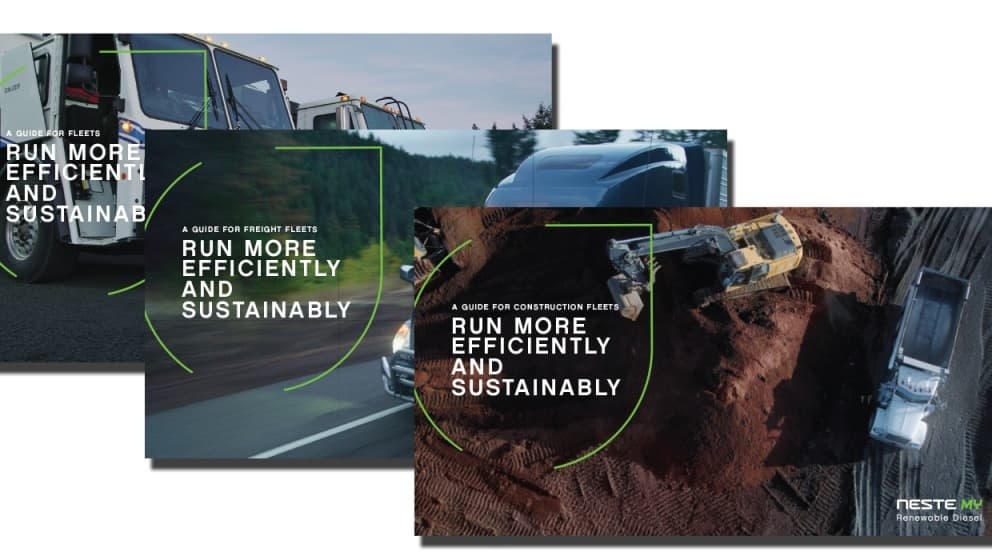 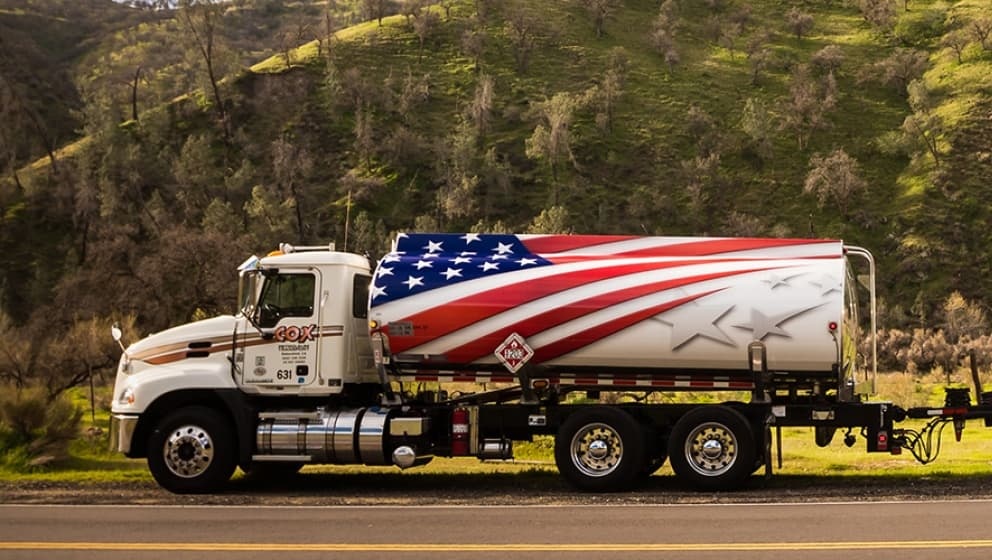